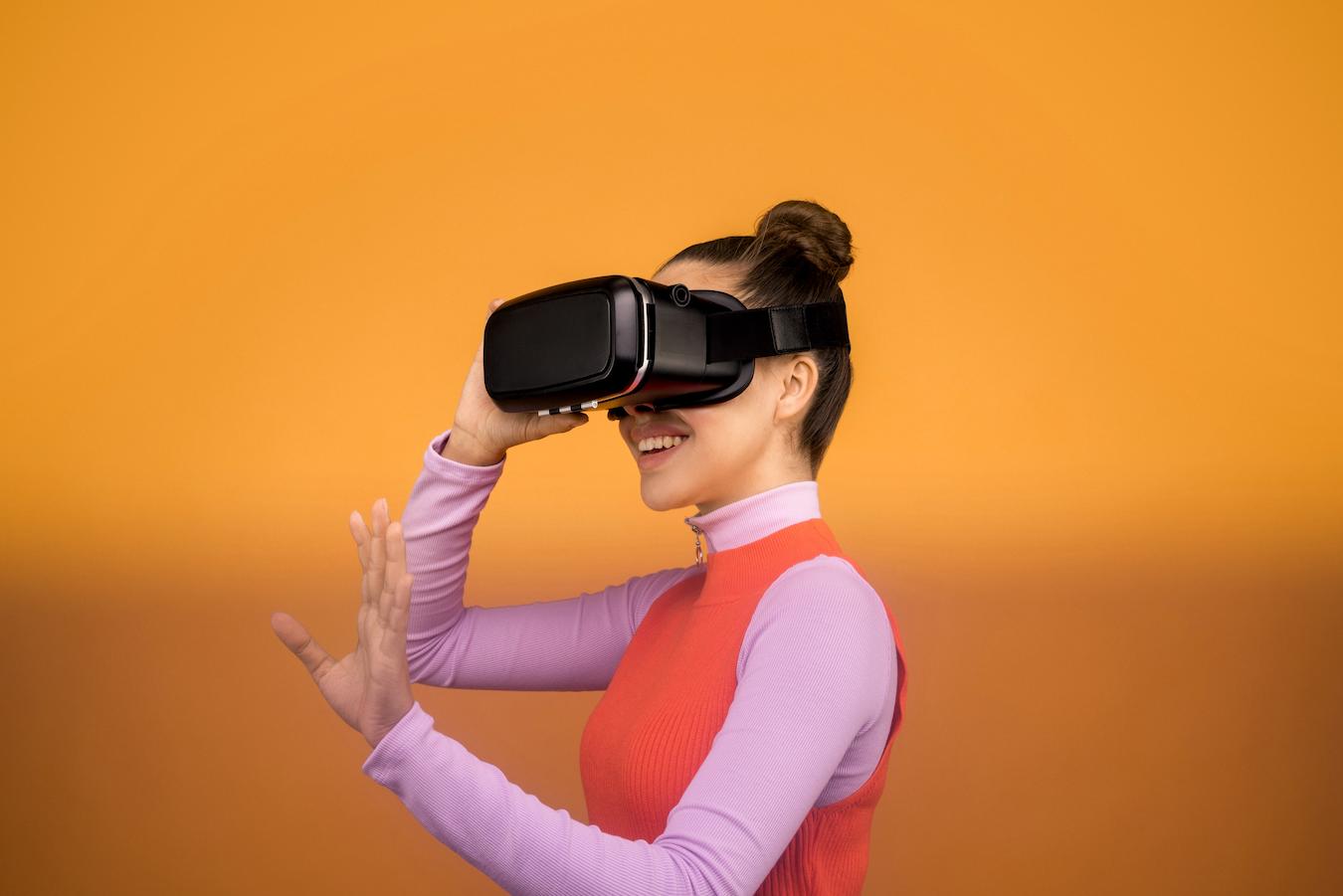 You’ve seen Ex Machina, right? So you know the dangers of artificial intelligence?

That is, the non-demonic side of virtual reality. So, ready to jump into this virtual world of ours?

See Related: What Does A Director Of Photography Do?

The main features of VR systems

When it comes to virtual environments, there are two main features in mind: immersion and interaction. A VR headset allows a user to block the outside world and engage with the VR simulation in real time.

Mobile VR headsets have made it possible for users to take VR technology virtually anywhere. And every and all VR devices will have these two elements in mind.

Virtual reality headsets are meant to cover both the left and right eyes. Then, trick the human vision into believing in immersive distance, three dimensional space, and other environmental factors.

Additionally, VR content will use more than just stereo sound. A VR headset will sometimes come with its own headphones so that the user may experience VR environments sonically, not just visually.

Ultra high definition images are one thing. But a virtual environment will also need to be interactive.

This may include realistic touch sensations within the VR system. Or VR head tracking to allow users to explore the world around them.

So how do VR designers and VR developers go about creating a virtual space? Well, here are some components they need to keep in mind.

Frame rate and field of view

While VR glasses are impressive, they don’t actually mimic the full scope of human vision. In fact, a VR headset can see 180 degrees of VR content while the average human can see around 220 degrees of their environment. 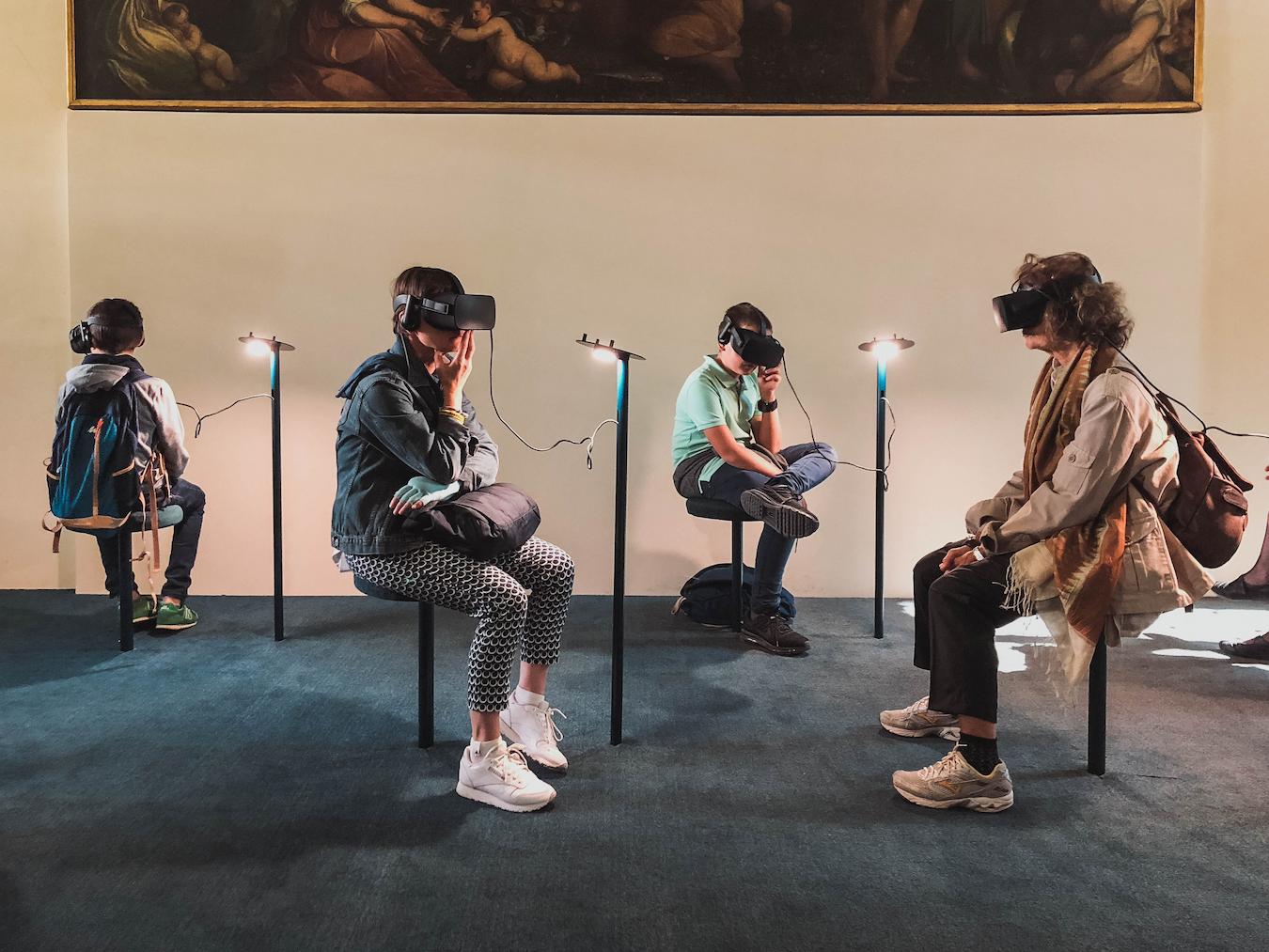 VR technology is certainly evolving to accommodate such inconsistencies. But frame rate is another visual element that helps to define how virtual reality works.

Frame rate in VR software has to be moved at an incredibly fast pace in order to mimic how we see the world around us. While the human eye can handle a frame rate of up to 1,000 frames per second, the human brain doesn’t necessarily receive the same level of detail.

Developers have found that anything less than 60 frames per second can actually cause motion sickness in users. So experts are encouraging that VR technology develops content at a frame rate of 120 frames per second.

Spatial audio and other sound effects

A virtual world wouldn’t be anywhere near as impressive without spatial audio. These VR tricks and sound effects mimic sonic environments through rotational tracking and head mounted displays.

So when you explore the VR environment, you truly feel like you’re in a completely different world. Sound effects can help dictate VR experiences by teaching users which direction they need to head and so on.

Perhaps what makes virtual reality and VR headsets so impressive is its head tracking abilities. Not only do these tracking sensors and motion controllers help you navigate VR experiences.

But VR training and technology is increasingly progressing to incorporate eye-tracking technology as well. Virtual reality professionals are hopeful that this addition to VR headsets will improve patient outcomes when using VR experience in the medical field.

Bonus: How To Become A Film Composer

You might think of virtual reality as something of the future. But plenty of industries are already using the VR experience to their advantage. 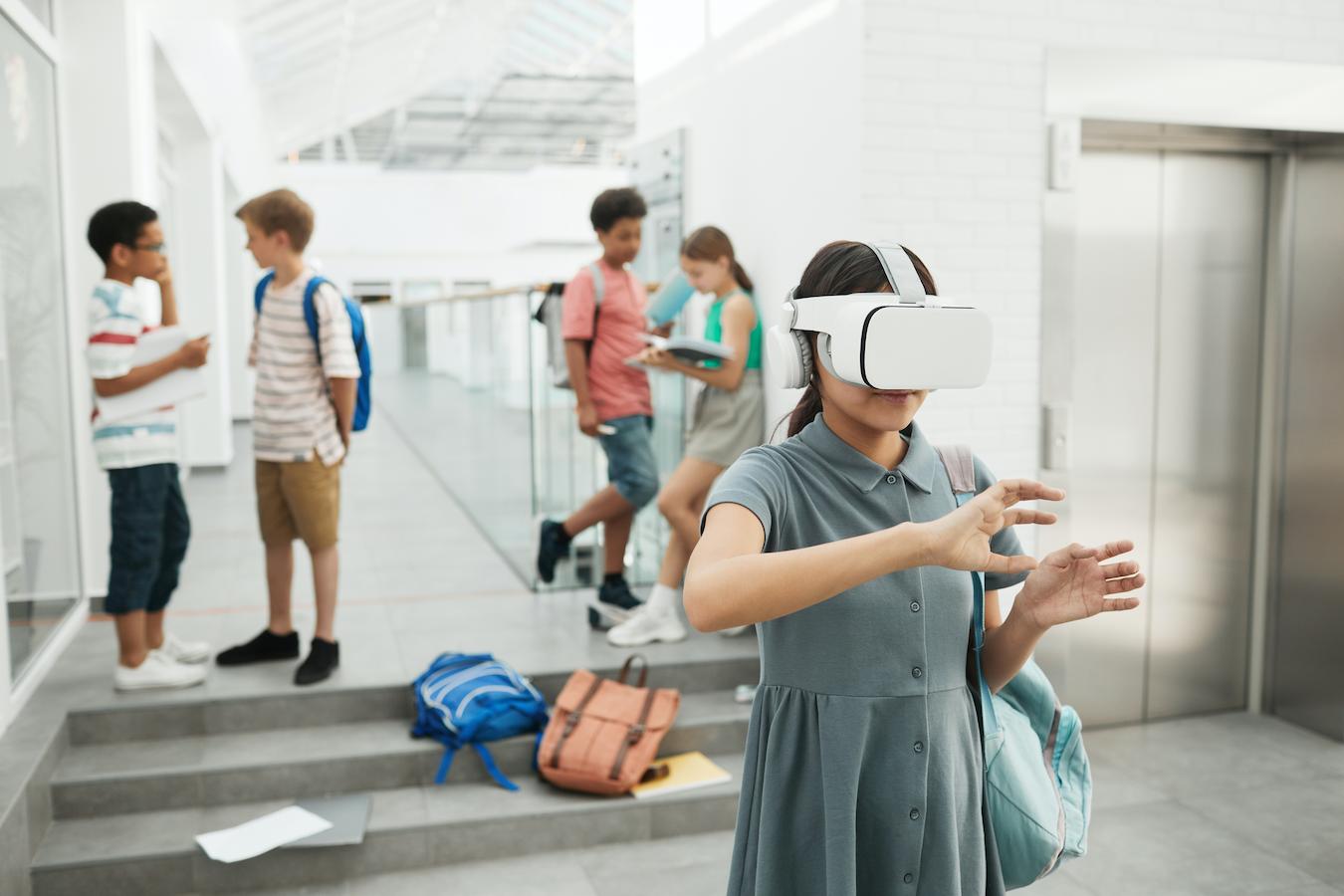 Films, concerts, and theaters are already using virtual reality experiences or augmented reality to immerse audiences even further. Whether it’s using VR hardware to capture events and livestream them.

Or add immersive virtual environment factors like smell, taste, or touch. Are you getting some ideas on how you can use our sound stages in conjunction with augmented reality?

VR hardware has also been implemented in the art world with 3D paintings and collaborative works from artists across the globe. Additionally, artists have made VR work to create and build with virtual tools.

Of course, gaming is where the VR headset got its start. With camera based tracking, gamers can interact with the VR app, reach out to touch things, and literally jump into a game scape.

Immersive distance learning has become all the more common with remote schooling. And for those studying medicine, virtual reality work has allowed for high-risk experiences to be performed within VR landscapes – that is without any risk at all.

What do you need for VR?

Obviously. This is where the human brain can experience all the hard work of the graphics processing unit.

Unless it’s standalone VR gear, you’ll need enough computing power required to bring the VR to life. And that will also include an HDMI cable. 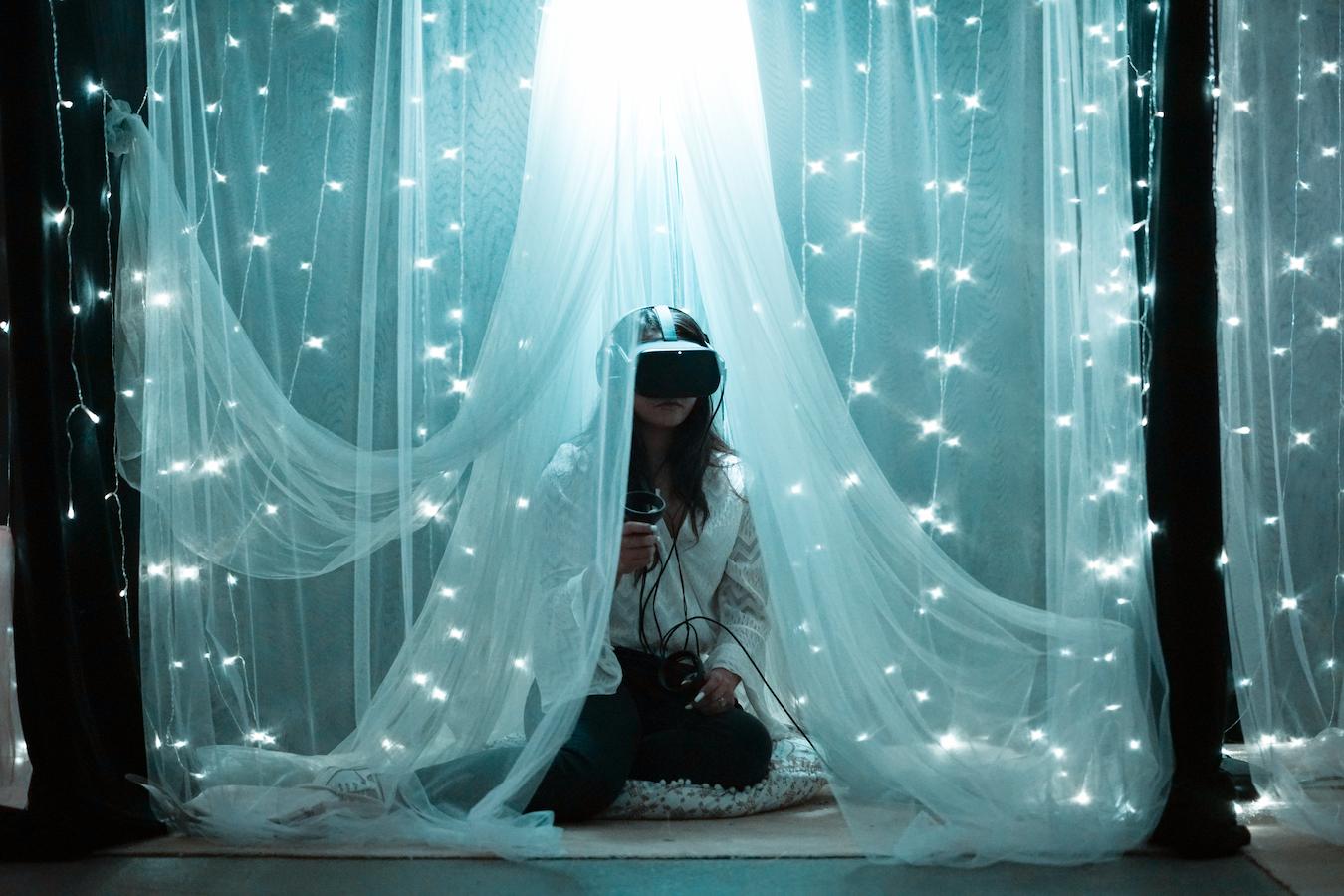 Machine learning and VR require lots of space – so getting an event space rental will probably be required. After all, you’re going to be exploring an entire world, aren’t you?

How is virtual reality used?

VR is being used in virtually every industry. From mental health treatments to medicine, from arts and entertainment to schooling.

What technology is used in virtual reality?

Welcome to your VR world

We’re sure you’re just brainstorming new VR ideas to pitch to production studios. And we’re not going to stop you!

VR definitely has a place in entertainment and media. And we know that your contributions to this field will only further the technology we already see today.

Keep Reading: What Is A Film Production Company? 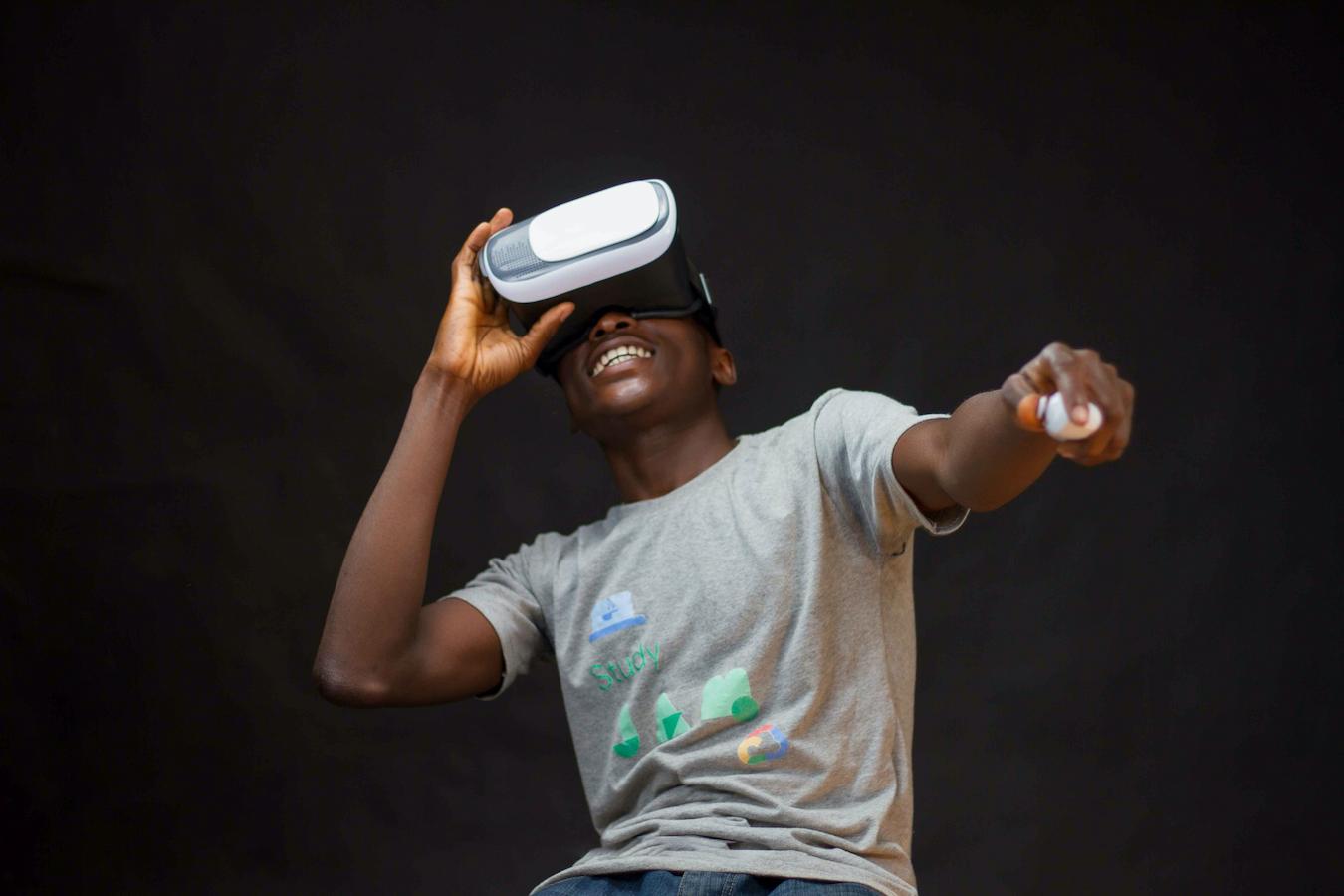 What Is An Immersive Experience?