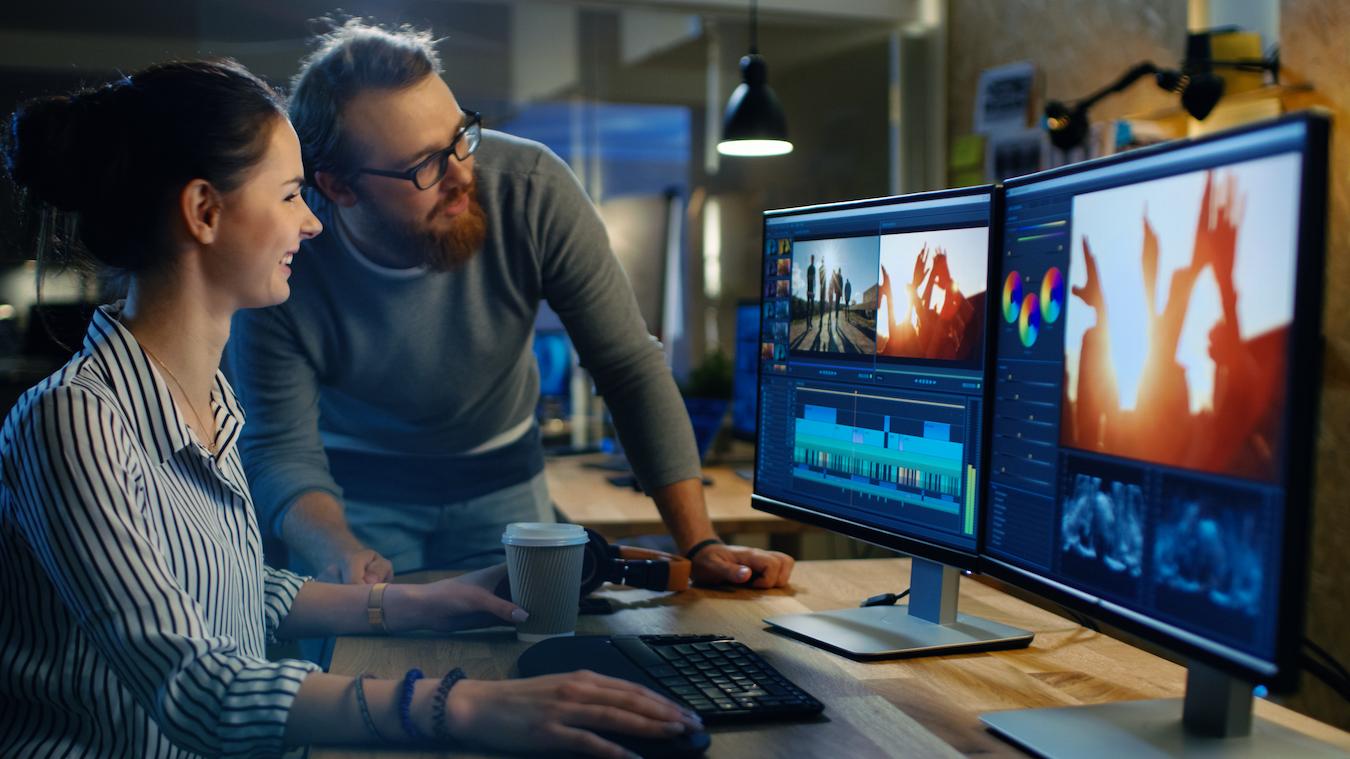 Definition of the Term Montage

Our beautiful brains are capable of deducing all manner of things from partial pieces of information or a simple series of images. Storytellers take advantage of this ability in their film editing.

You may have noticed that Hollywood films sometimes cut together sequences to tell a story in an economic and poetic fashion rather than spelling out every detail of what has transpired. What you saw was most likely a montage.

Wikipedia offers the following definition for the term montage:

A film editing technique in which a series of short shots are sequenced to condense space, time, and information.

The term montage comes from the French verb monter, which means “to assemble” and is related to the term collage. As far as film editing, though, montage has a more complex and conceptual definition. The Routledge Encyclopedia of Modernism provides some film history along with its definition:

As an aesthetic principle, montage, defined as the assemblage of disparate elements into a composite whole often by way of juxtaposition, is most often associated with the Soviet cinema of the 1920s, and with the theorist and filmmaker Sergei Eisenstein in particular.

The quick cutting that the director Eisenstein employed in his films is no longer the only style that is used for montages in movies today. From the sound stage to the cutting room, his camera work and editing skills will still be the subject of film school essays for a rather long time, and editors have been building on that form ever since.

See Related: What Is Production Design in a Film?

More About the Montage: Where and Why We See this Style & Technique of Editing

So, what is “montage” in the Hollywood sense of the word? Well, the above definition does a good job describing the term, but we can definitely provide a lengthier definition and more details. A montage makes use of the willing suspension of disbelief that we bring with us to the theater (or to the couch at home) as we enjoy a movie.

Do we really need to watch every single minute of a couple’s 17-month engagement to understand that they have moved from “just friends” to married? No, it turns out that we do not, and luckily filmmakers don’t dumb it down for us.

A montage can be a fun and creative way to show that things are progressing without dragging the viewer through every moment along the way. Can you imagine if we had to watch Sylvester Stallone consume raw eggs and run up and down stairs for months on end?

That sounds more like a reality show nightmare mash-up…stay tuned for an insufferably long season of a What Not to Eat meets So You Think You Can Box. We already have our fill of such nonsense masquerading as entertainment, so let’s all give thanks for the montage.

Sometimes an editor cuts together scenes for dramatic effect or to convey that a character is putting in the work needed to set up the next shots in the story. Often a montage provides a fun little break after a tense scene.

Sometimes a sequence can achieve all of the above. Let’s go ahead and make our way through a few movies that mastered the montage so we can learn some of the ins and outs of this editing technique.

Bonus: How To Setup A Home Music Studio

Since we’ve already mentioned the well-known montage in Rocky, we can dig a little deeper to see how these series of shots provide insight into the subject, the setting, and subsequent events in the film.

As soon as the music starts and the trumpets sound, the audience starts getting pumped. The sequence begins with action. Rocky runs by trains and bridges in his black beanie and sweatsuit all across Philadelphia.

Every shot highlights his determination. Whether he’s getting punched in the gut or smacking around hanging slabs of beef, over the course of these events we understand that this character isn’t a quitter. The last shot in the series is slow motion, which is usually one of those film techniques used to emphasize a particular moment or emotion.

The Rocky montage is classic Hollywood cinema. There’s even an homage to this montage in the Michael Keaton film Mr. Mom. The Mr. Mom montage utilizes the same theme song to set the tone and create a related sense of determination.

However, instead of a series of shots showing sit-ups and sprints, what we see on screen is Keaton doubling down on his domestic duties. Still, the basic image we have after this montage is of a man who wants to become better.

In Footloose and Dirty Dancing (and just about every dance movie ever) we see someone learn to dance within the time it takes to play “Let’s Hear It for the Boy” or “Hungry Eyes.” However, we understand that it’s all in the editing. A series of shots suggest that these events have taken place over a number of days or weeks, or whatever the case may be.

A good montage can remind us of the meaning of this art form. When we see these the production images set to studio music, we get lost for a minute in another world. These sequences on the screen transport us to that imagined reality where we can either escape or empathize.

A montage will often present an individual at a point in time before they have acquired some skill or knowledge, and then show shots of their progress. In terms of an individual character’s growth, we can  see where they end up in relation to where they started.

Rather than having an audience learn all those dance techniques right along with Baby (Dirty Dancing) or Willard (Footloose), an editor or director will rely on cutting shots together to keep the action moving along. This saves space in the film for all the other plot points that must be developed.

Film terms can be tricky, but usually, you’ve seen the thing before without even being aware of the particular term. You might not be familiar with terms or phrases like “eye-line match cuts” or camera shots like the “dutch angle,” but you will likely have seen it in a film scene somewhere along the line. And now, the next time you see a montage, you’ll have a lot more to say about it than you did before.

Keep Reading: How Does Filming Work on a Sound Stage?