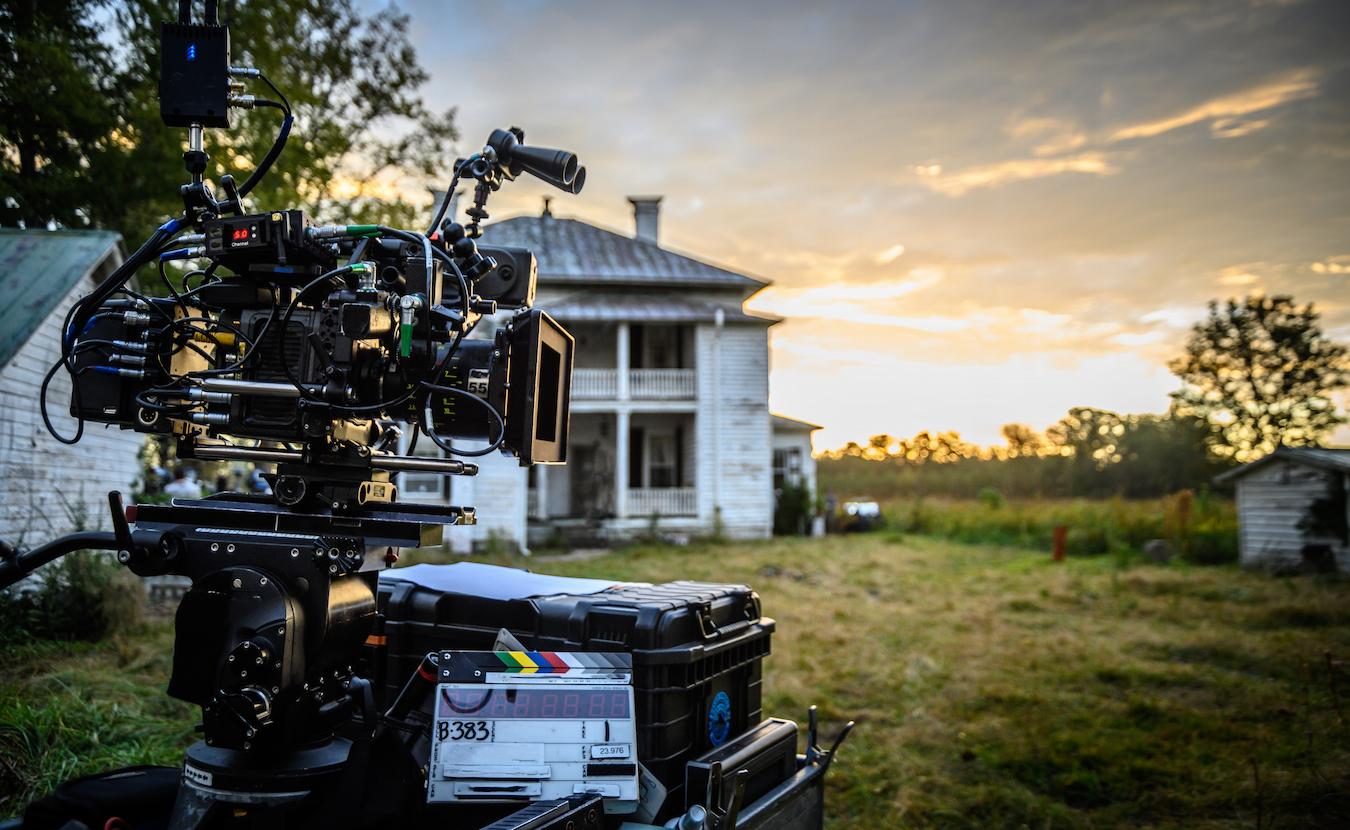 Oftentimes, this feat is largely due to the cinematographer. They are responsible for capturing the images just so. And they are the ultimate masters of visual storytelling.

So what are the exact elements that go into cinematography? Keep reading to find out.

See Related: What is VFX?

Cinematographers are also known as the Director of Photography or DoP. They work closely with the director during filming. And they are in charge of the camera and lighting crew during production.

While cinematographers may have tons of tools and equipment, it is their artistic vision that makes the film shine. In this way, the craft of cinematography is nothing to underestimate or belittle.

When done well, cinematography can heighten the action on screen. It can further establish the look and feel of the film that audiences are left with. And it can guarantee that the vision of the film comes to life overall.

Every single shot in a film is closely monitored by the director and cinematographer alike. The director might be in charge of the movie as a whole.

But the cinematographer brings in new knowledge. They must know everything about cameras, composition, and lighting. And that new intel will greatly add to the mix.

During pre-production, cinematographers work closely with directors to determine the overall feel of the film. They may determine what camera movement techniques they want to employ.

They may also discuss their overall visual language. Determining these aspects early on will help to add depth to each character and scene.

Post-production is where the cinematographer’s work really comes into focus. The size shots, light, exposure, and story all come together. And the camera motion throughout helps to uplift the actors overall.

Bonus: What are the Largest Film Festivals in the World?

Responsibilities of a cinematographer

The responsibilities of a cinematographer can range depending on the production itself. Mostly, they are responsible for crafting the look, color, lighting, and framing of every shot.

And on larger films, they will do exactly that. The role of a cinematographer will be strictly focused on composition, lenses, exposure, and shot sizes. But smaller films require more of the filmmaking professional.

With low-budget films, the cinematographer may be asked to be more involved in the setup or post-production. And they may even act as the camera operator during filming.

Production needs will certainly vary. But below are some of the most important aspects to keep in mind in this unique career field.

#1. Decide on the overall style of the film

The visual style of a film speaks volumes to the audience. It is the first kind of language and storytelling that the audience will experience.

The cinematographer or director has to create an overall aesthetic. After all, the image on the screen has to be pleasing to look at.

This process is often done in pre-production. But during the live shoot is when the DoP will have to get creative to reach their goals.

#2. Establish the camera placement and setup for every shot

The effectiveness of the scene will depend on the setup. The cinematographer will choose the cameras, lenses, angles, and techniques necessary to bring the scene to life.

The cinematographer or director may also work alongside the script supervisor. This will help them uplift the story through photography, making the job all the more creative. And the characters will be made all the more in-depth.

As the director of photography, a cinematographer can ensure that the location provides the proper depth and image for the scene. And they will know how to craft the perfect shot given the right setting.

Cinematographers know that lighting can determine the feel of a scene. Depending on the lens, depth, and equipment used, a scene can adequately elevate the vision of the director.

Each shot will impact the film and its overall storytelling. So attention to detail is key for a cinematographer and their process.

The camera movement and shot will change according to the actors. So attending rehearsals will give cinematographers the chance to adjust accordingly.

This way, the cinematographer will also know how to better communicate with the crew. Having done their due diligence, cinematographers will know what to expect from rehearsal. And that will make the filmmaking process all the more smooth.

#6. Introduce new ideas that align with the director’s vision

A director has to have their eyes on everything. But a cinematographer’s job allows them to focus on the visual storytelling alone.

In this way, the DoP may be able to provide a new example or concept the director had not yet thought about. And this is what helps to uplift the film overall.

A career in cinematography

A career in cinematography is much more creative than people think. Being in charge of the camera, its angles, the film and exposure used, and production style all enhance the storytelling.

But perhaps the most important aspect of a cinematographer’s job is their ability to work with others. They never work alone. And they constantly rely on others to help them achieve their goals.

Any production requires collaboration. But a cinematographer must be both committed to their work yet flexible in their approach.

Anything can happen on a film set. So being able to adapt during production is a key trait of a successful cinematographer.

Ultimately, film is storytelling. And the cinematographer is getting to tell that story through all visual means possible.

Keep Reading: What is a Production Manager in Film?